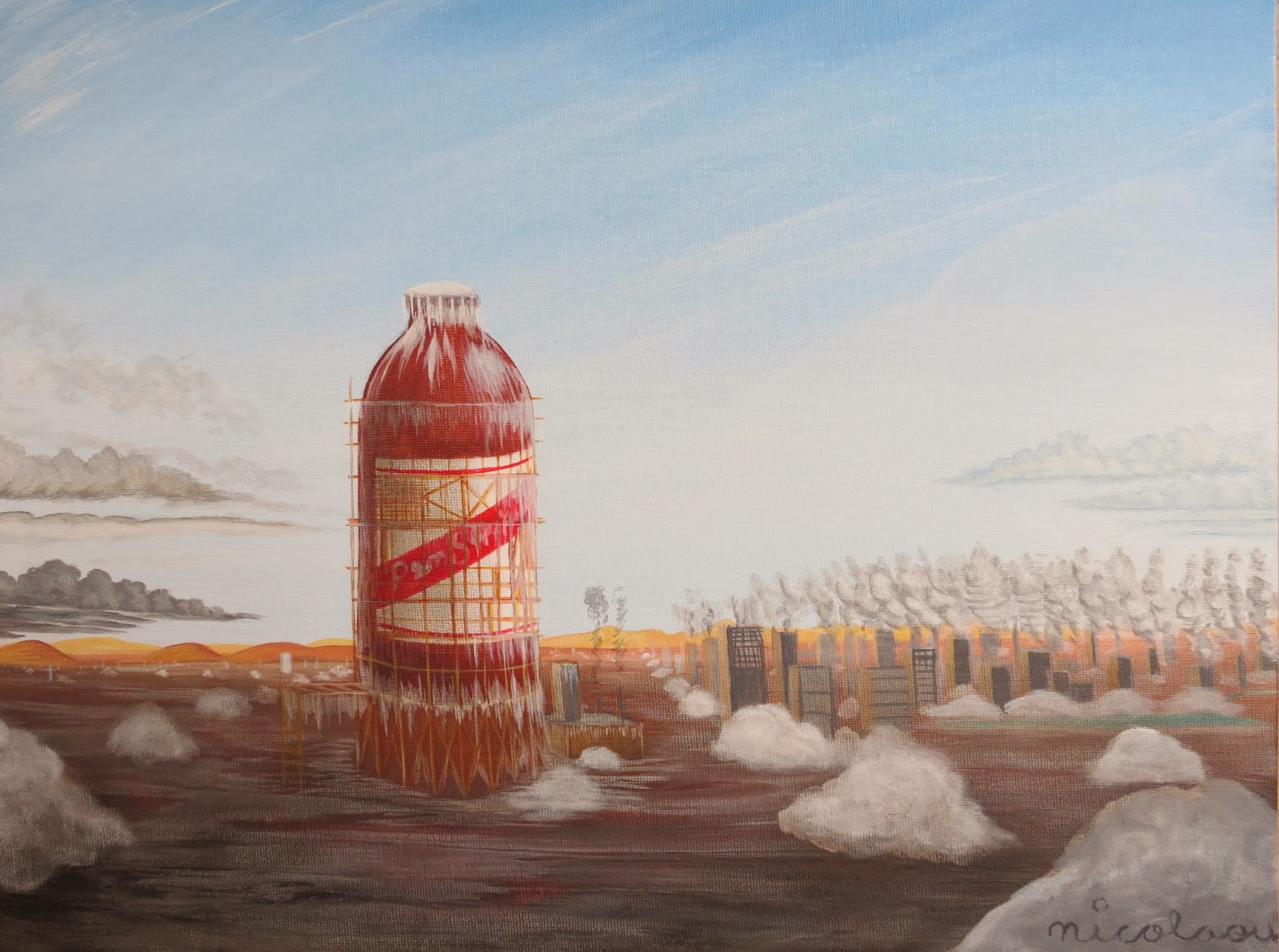 1-28-2014 "C'est N'est pas unebierr" oil and acrylic on 18"x24" canvas board
Inspired from the Coca Cola bottle in Salvador Dali's painting "The poetry of America- the cosmic athletes"  1943, with the Coke bottle appearing 20 years before pop-art and Andy Warhol.
I've been going to Jamaica for over 20 years drinking Stripes and I told them but they won't listen, it's no longer Jamaican Lager without the great Jamaican water source. They called me (FROM JAMAICA??) and insist it's the exact same recipe and tastes exactly the same as Jamaican made beer, that's great,  it doesn't taste the same.

Still not sure what the meaning of this painting is?

Translation- "This is not a beer" No one in America can get  authentic Jamaican beer since it's now made in Pennsylvania? This painting is of a Red Stripe factory in the cold Pennsylvania climate without the West Indies water source, how appropriate.


Posted by ATXartist No comments: